In the mid 20th century, several locations throughout Alabama played key roles in the Civil Rights Movement—from Rosa Park’s stand in Montgomery to the Children’s Crusade in Birmingham and everywhere in-between. We took a look at several places of significance in Alabama to learn more.

On September 15th, 1963, members of the Ku Klux Klan detonated a bomb on the east side of church. The explosion killed four young girls—Addie Mae Collins (14), Carole Robertson (14), Cynthia Wesley (14) and Denise McNair (11)—and injured twenty-two others. The bombing shocked the nation, and marked a turning point in the Civil Rights Movement.

Home of prominent Civil Rights activist Reverend Fred Shuttlesworth, the Bethel Baptist Church in Birmingham played an important role during the Civil Rights Movement. From 1956 to 1961, the building served as the headquarters for the Alabama Christian Movement for Human Rights (ACMHR), an organization led by Rev. Fred Shuttlesworth.

Due to its importance to the movement, Bethel Baptist Church was targeted by racially-motivated bombers three times. The first bomb, which detonated on Christmas night 1956, damaged the church and destroyed the parsonage where Rev. Fred Shuttlesworth slept. Miraculously, Shuttlesworth was protected from the blast and debris by his mattress—he emerged from the ruined structure unscathed.

In the late 1990s, the Bethel Baptist Church congregation moved to a new sanctuary. The original building currently operates as a museum and monument to the Civil Rights Movement.

Located in the heart of the Birmingham Civil Rights District, Kelly Ingram Park was the site of many large-scale Civil Rights demonstrations in Birmingham in the 1960s. The park is named for Osmond Kelly Ingram, an Alabama native who was the first enlisted serviceman from the United States killed in the First World War.

During the Civil Rights Movement, Birmingham police and firemen jailed and attacked demonstrators in the park with firehoses and police dogs. Infamous images from these confrontations spurred a national outcry and generated public support for the movement.

National Memorial for Peace and Justice

A recent addition to the list, the National Monument for Peace and Justice in Montgomery is a national memorial to African-American victims of lynchings throughout the United States. The memorial is funded by the Equal Justice Initiative.

Inside the memorial are 805 hanging, steel rectangles—each the size and shape of a coffin. Each of these steel rectangles corresponds with a county that has documented racial terror lynchings. In order to help reconcile with their past, the Equal Justice Initiative has invited each county to retrieve and place their memorial within the community.

Next to the historic St. James Hotel in Selma, Alabama is the Edmund Pettus Bridge. Built in 1940, the bridge was named for Edmund Winston Pettus, a Confederate brigadier general and member of the Alabama Ku Klux Klan.

On March 7th, 1965, around 600 Civil Rights protestors—including future U.S. Representative John Lewis—attempted to cross the Edmund Pettus Bridge during the Selma to Montgomery marches. The unarmed and peaceful protestors were attacked by police and state troopers. Images from the attack helped galvanize public support for the Civil Rights Movement.

The 16th Street Baptist Church, Bethel Baptist Church, Kelly Ingram Park, National Memorial for Peace and Justice and the Edmund Pettus Bridge are just a few of the many locations with significance for the Civil Rights Movement in Alabama. To learn more, check out the Alabama section of the US Civil Rights Trail.

Which Civil Rights sites have you visited in Alabama? Tag us @thebamabuzz to let us know!

Tennessee native who fell in love with Birmingham during college. Graduated from Birmingham-Southern College in 2019. Passionate about Birmingham and its continued growth.
Articles: 59 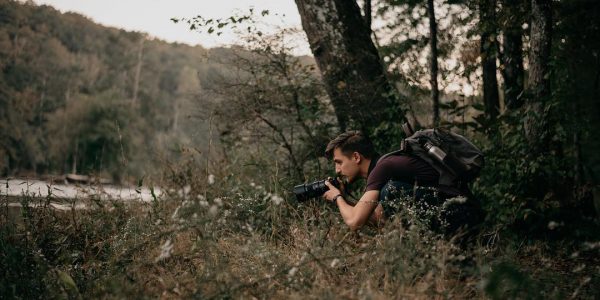