In mid-September, biologists from three states released over 240 juvenile Coosa Moccasinshell mussels in two pristine Alabama streams in an effort to save one of the rarest mollusks in the world.

The Alabama Aquatic Biodiversity Center, a program of the Alabama Department of Conservation and Natural Resources (ADCNR) teamed up with the Georgia Department of Natural Resources (GDNR), Tennessee Wildlife Resources Agency (TWRA) and U.S. Fish and Wildlife Service (USFWS) to reintroduce the mussel. They accomplished this task in Bibb and Shelby counties on the property of Jim Wadsworth, a private landowner who recently helped expand the Cahaba National Wildlife Refuge and the Westervelt Company.

About the Coosa Moccasinshell Mussel

Once found in the entire range above the Fall-Line of the Coosa, Black Warrior and Cahaba River Basins, the Coosa Moccasinshell Mussel has not been seen in Alabama since the 1970s. Today, the rare mussel can only be found along eight miles in the Conasauga River in Southeast Tennessee and northwest Georgia.

Over the past decade, the Alabama Aquatic Biodiversity Center has been propagating the Coosa Moccasinshell Mussel at their facility in Marion, Alabama.

Here is step by step the process they have taken to bring back this endangered mussel.

Step 1 – Everyone working together makes a difference

In the past, previous attempts to recover the mussel were done solely by ADCNR.  What’s changed? The partnership between the natural resource agencies in Georgia, Tennessee, Alabama and  the federal government. Jointly, the groups collected “charged” female mussels to support culture efforts. This enabled the group to collect sufficient numbers of female mussels to propagate.

“You can’t culture what you don’t have.” described Dr. Paul Johnson, longtime program supervisor at the Alabama Aquatic Biodiversity Center

Once collected, the mussels were transported to the Marion, Alabama Lab where the parasitic larvae were placed on host fish. Fully formed juvenile mussels were produced approximately  5 weeks later. Due to their juvenile small size – about a quarter of a millimeter – they actively “culture” juvenile mussels at the facility in Alabama for approximately  18 months. When they grow to about an inch in length,  mussels can be tagged and released back into the wild.

Biologists from all three states and the Service gathered to release approximately 120 juvenile mussels in the two streams.

The mussels had two types of tags placed on them. First – all of them had a number placed on the shell to indicate it’s one of theirs. Second – a  quarter of the mussels were also radio tagged, so they can track their movement.

. Monitoring will begin next summer. With additional releases in the fall, including an additional stream in Georgia.

It takes at least five to seven releases in a decade to successfully establish a species at a site. If they see reproduction after ten years – it can possibly lead to down listing the species from endangered to threatened — saving the species.

The joint effort to bring back the Coosa Moccasinshell Mussel is more than saving a very rare critter that used to be abundant in rivers and streams throughout Alabama. In the long term, bringing back this mussel can help improve the water quality of our creeks and rivers.

“Recovery efforts like these not only promote species recovery,” explained Johnson. It improves and maintains water quality resources for the long haul and those improvements in water quality are profound —  limiting future regulatory or public health concerns down the road.”

He concluded saying – “They’re the livers of rivers. In terms they actually do the filtration, They promote clean water. Historically our larger rivers used to be crystal clear when we had millions of mussels. You were able to see 10-15 feet deep into the water. That type of cleaning and filtration and nutrient capture has other benefits than just biodiversity.”

Thanks to all the partners and generous landowners, the Coosa Moccasinshell Mussel has a chance to survive — and all of us will have cleaner water too. 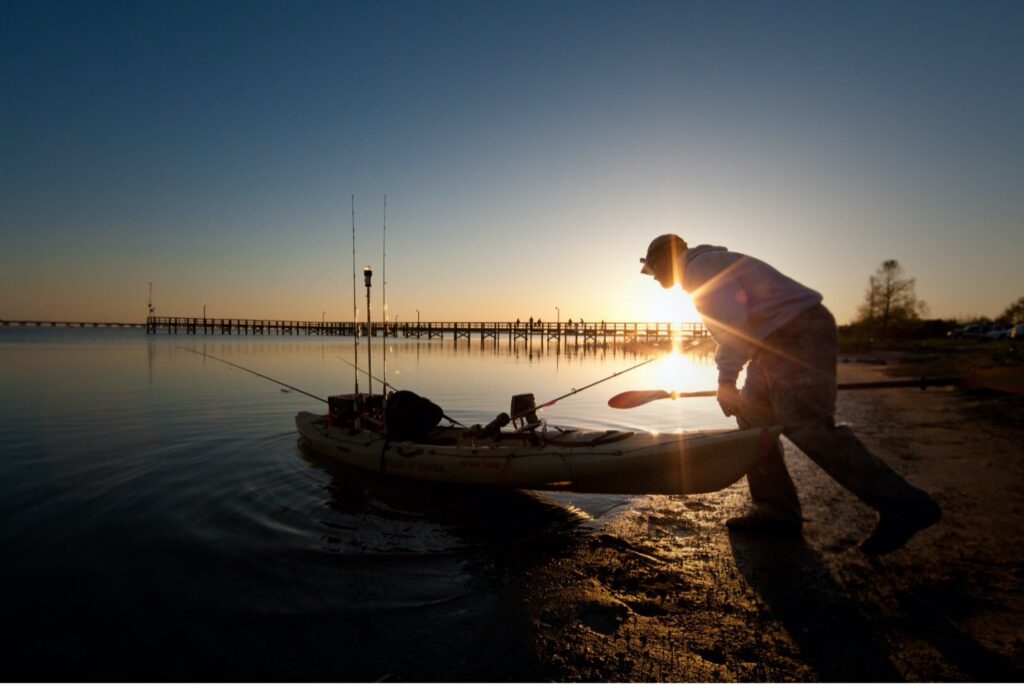